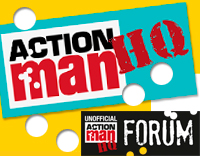 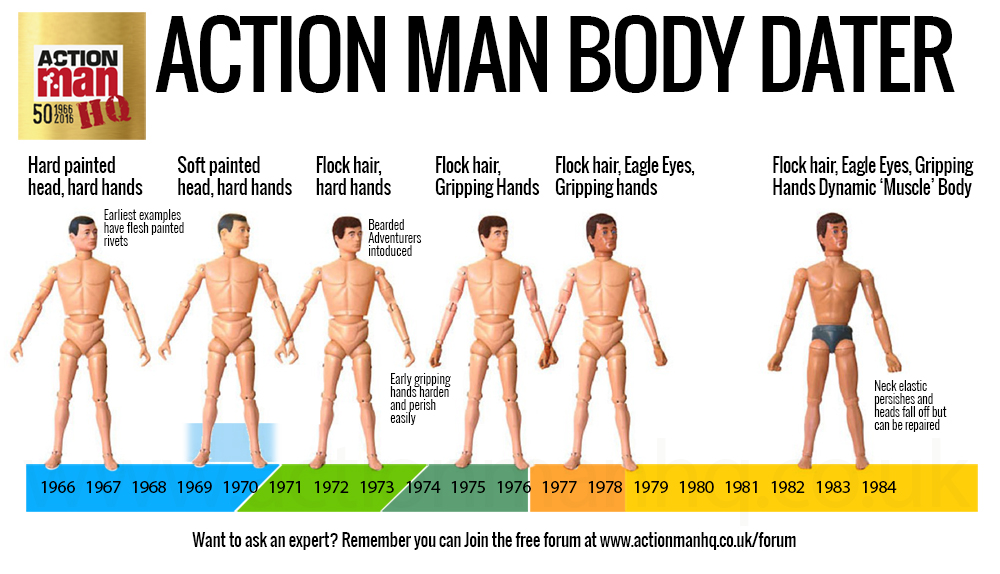 Above chart approximates the main differences between the three main Action Man periods of manufacture from 1966 to 1983. This is intended only as a guide only.

1966 Action Man figure stamped 'Made in England by Palitoy under licence from Hasbro © 1964' on his back.

1981 'Sharpshooter Head' Adam's apple added to top of torso allowing head to clip back over lug. 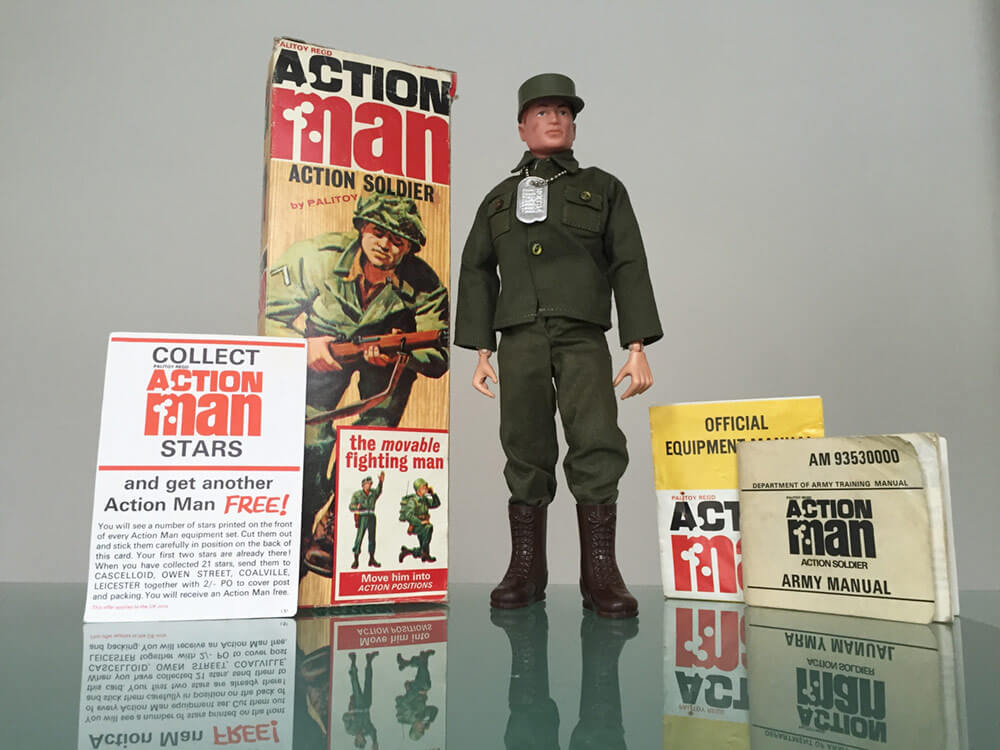 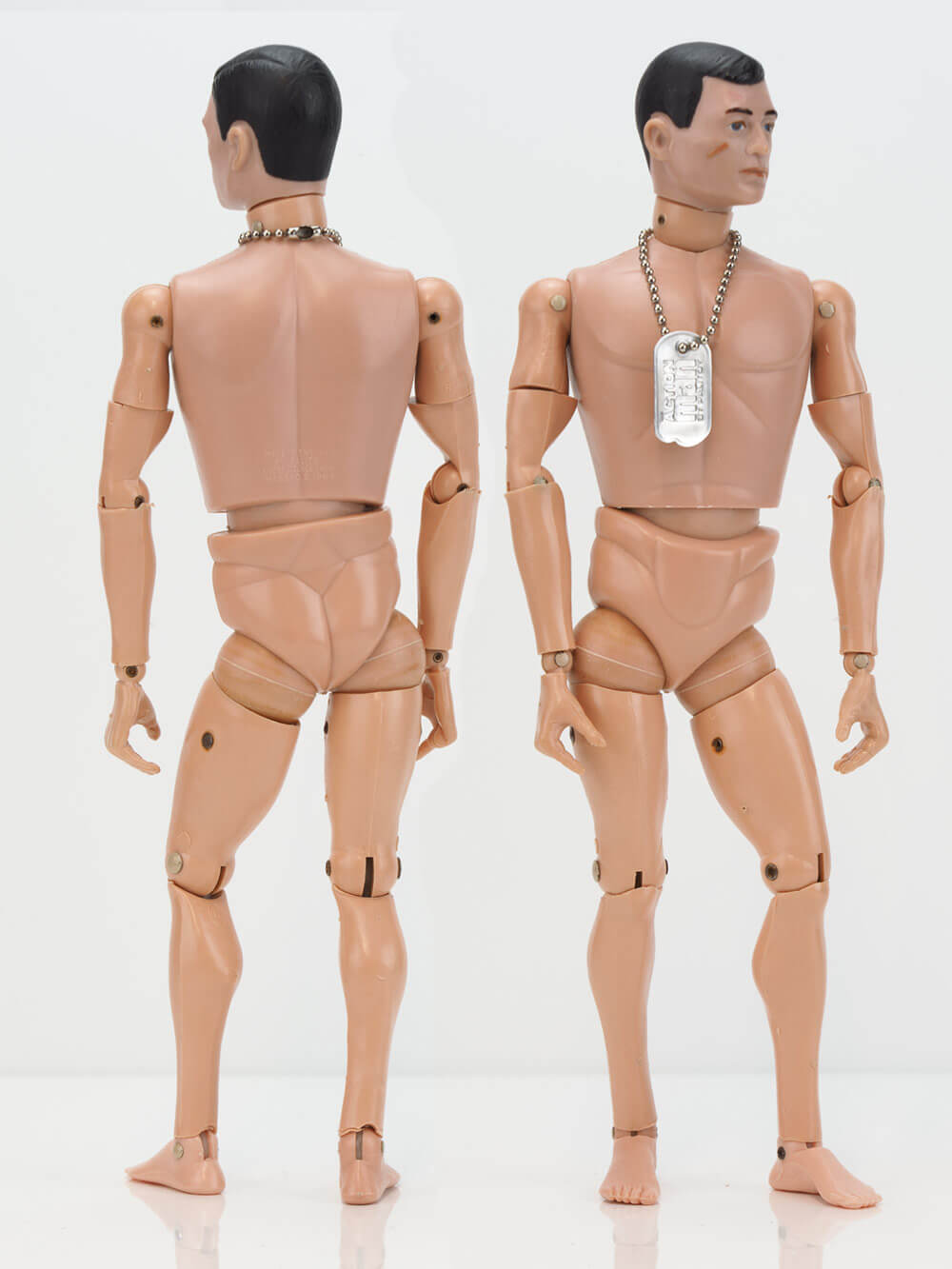 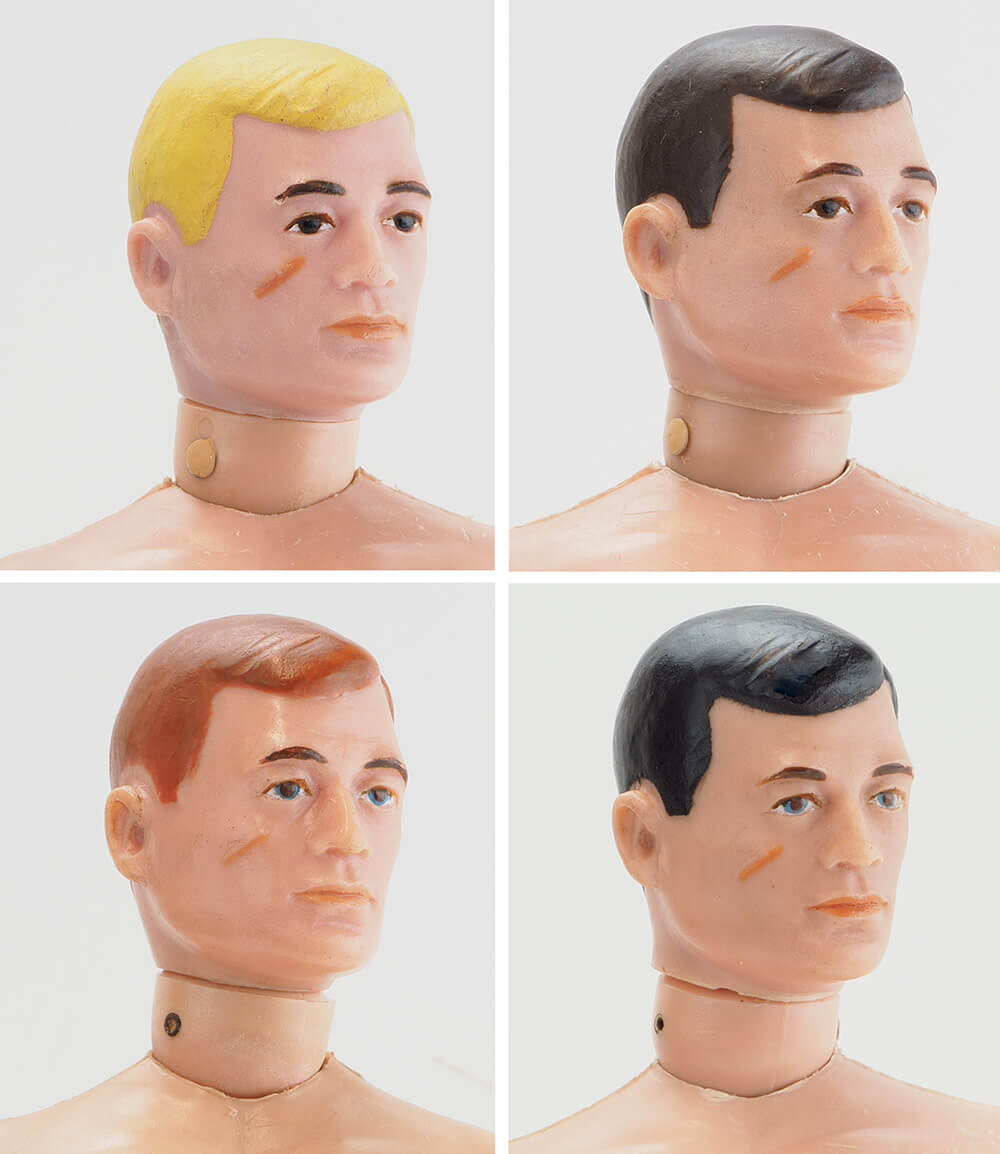 c1969 Action Man - painted softer head, hard hands. Note smoother wrist lines and feet are now one of the smaller types. Rivets now unpainted. Also note stress fractures / cracks to limbs which are common in all of this body type. 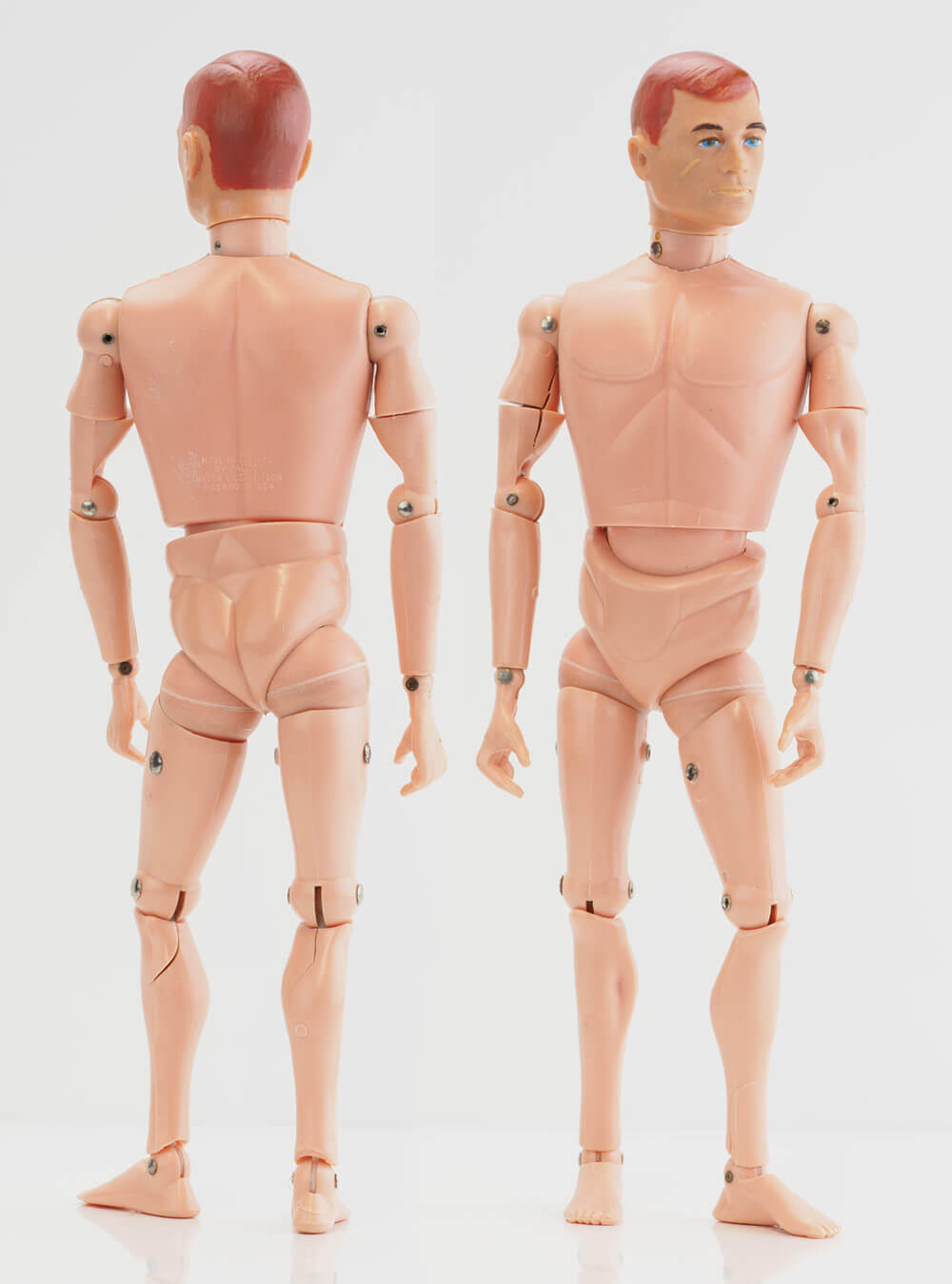 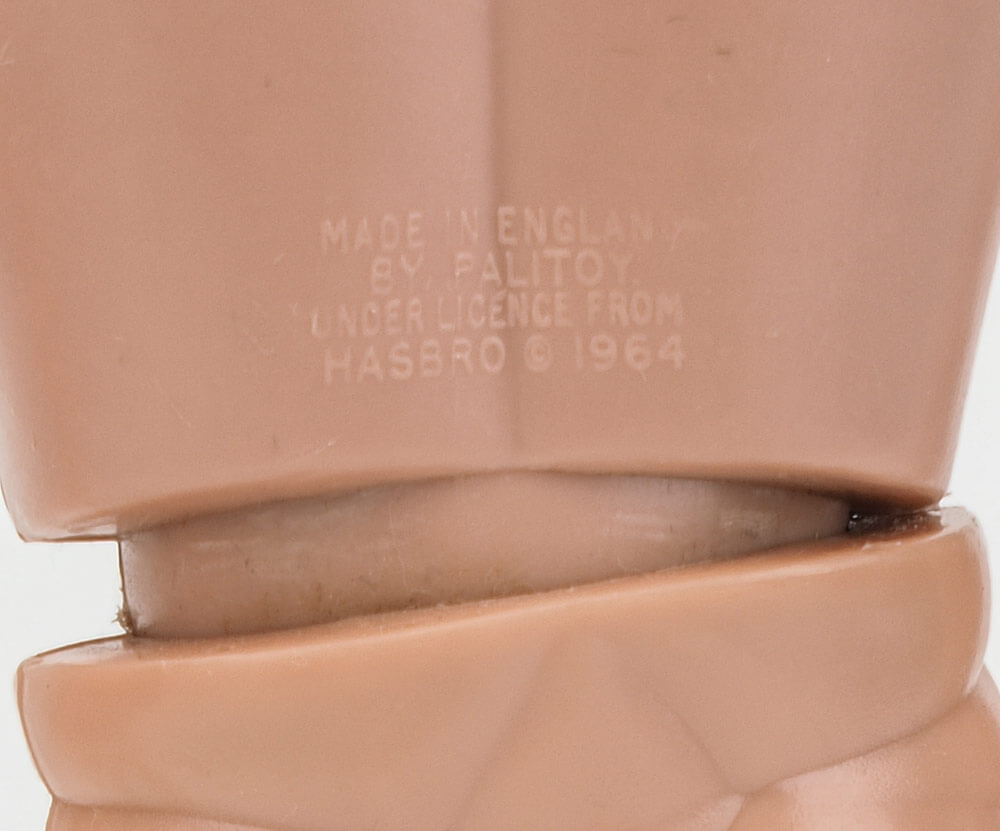 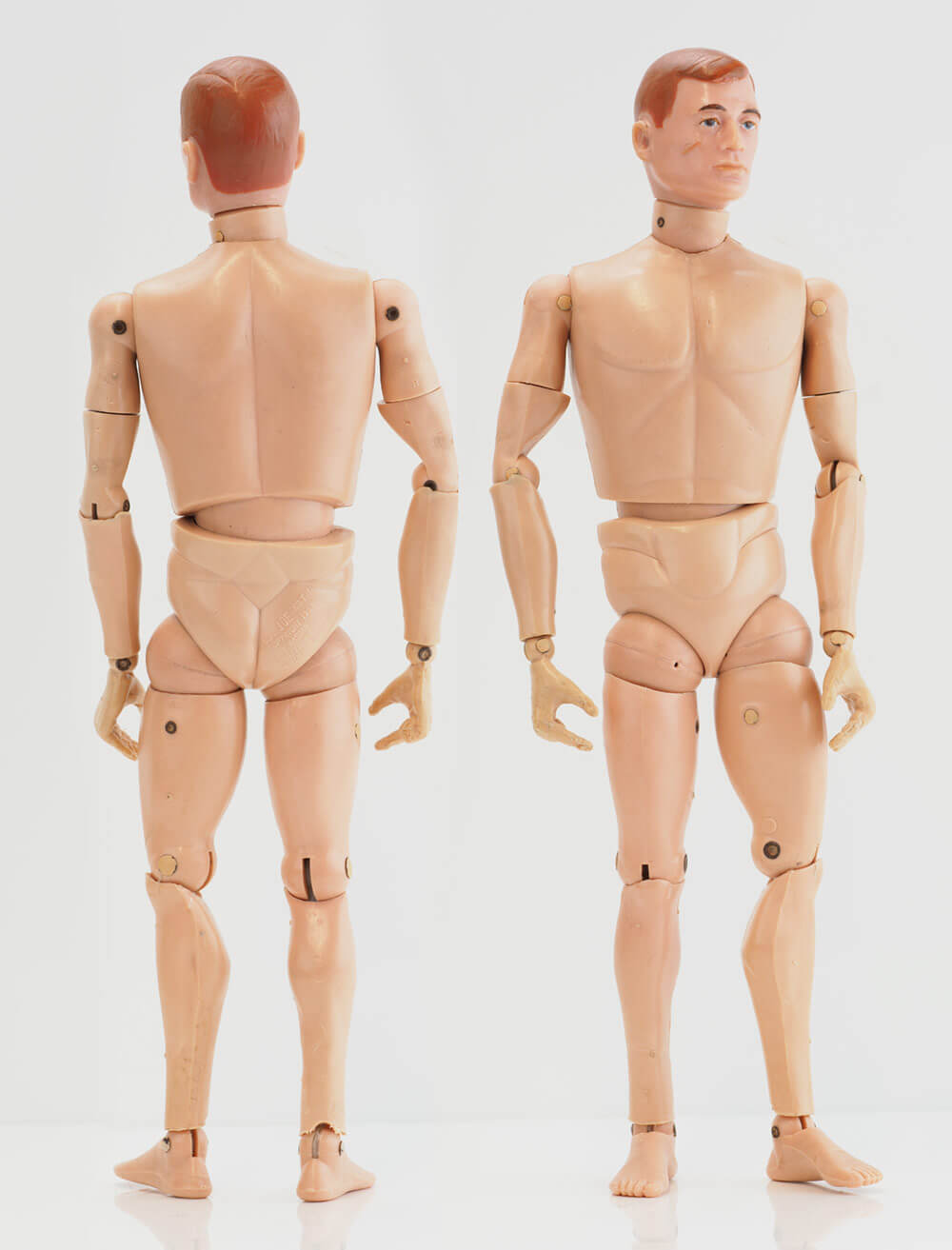 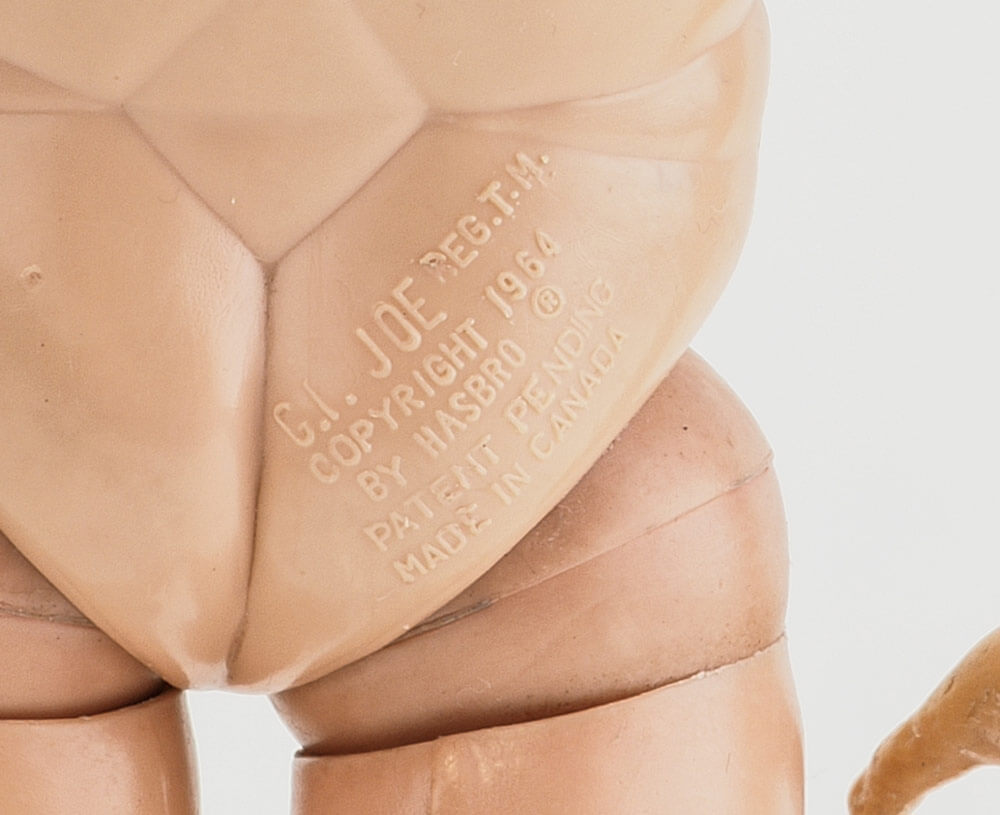 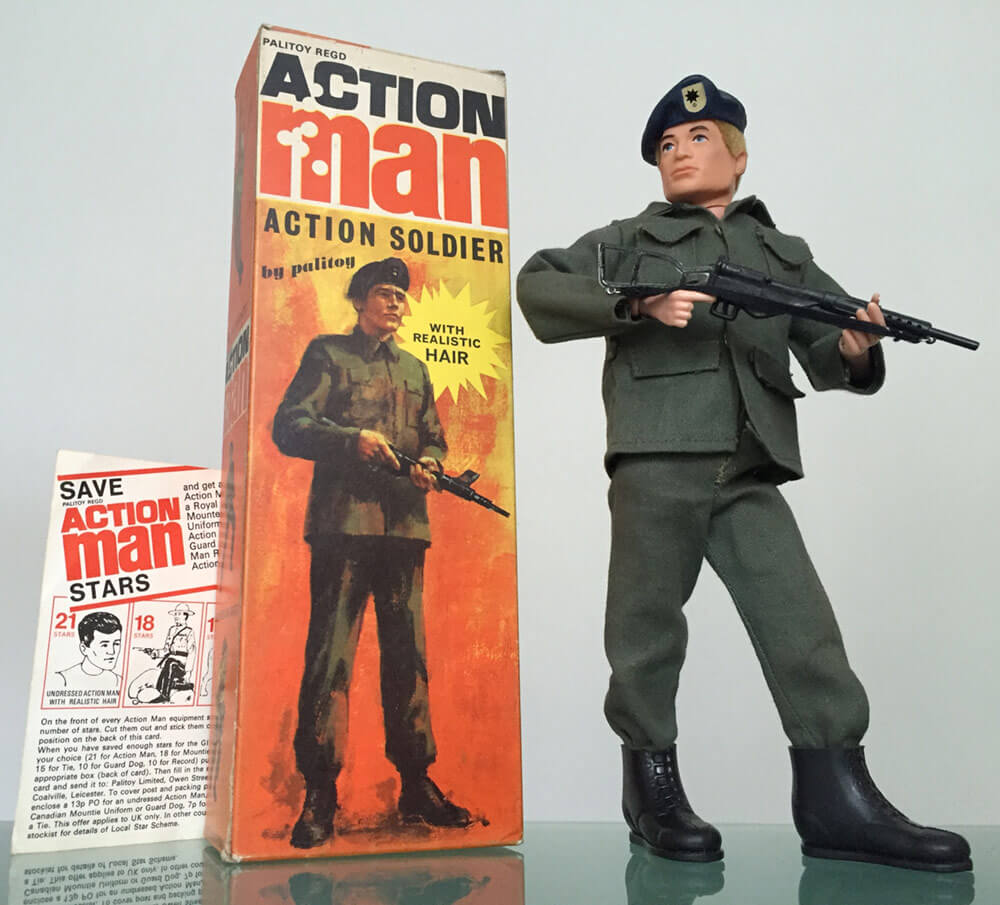 1970 Action Man figure - introduction of flock hair over the paint - brown or blond with or without beard. Heads can develop blue mold patches inside plastic which are virtually impossible to totally get out. 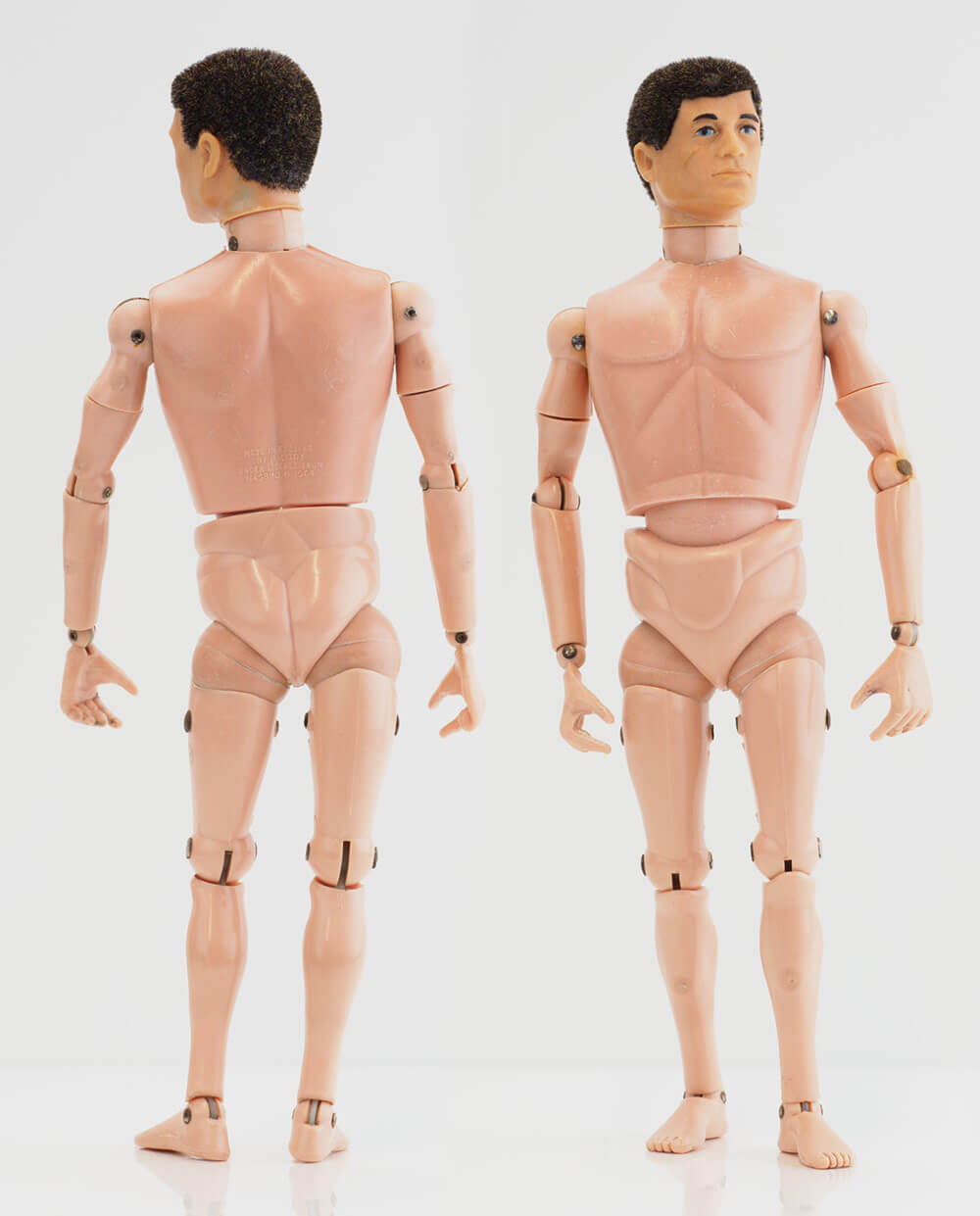 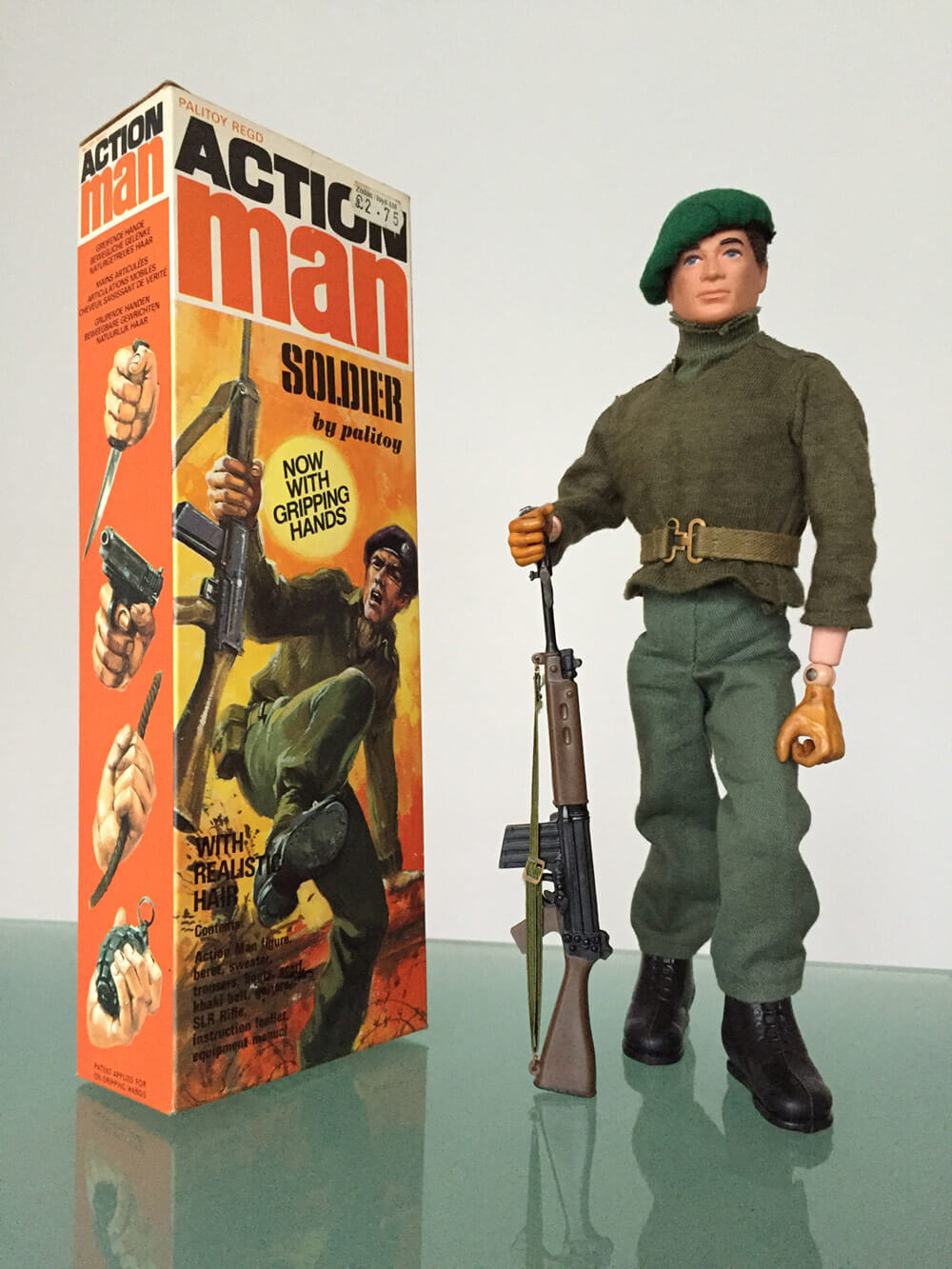 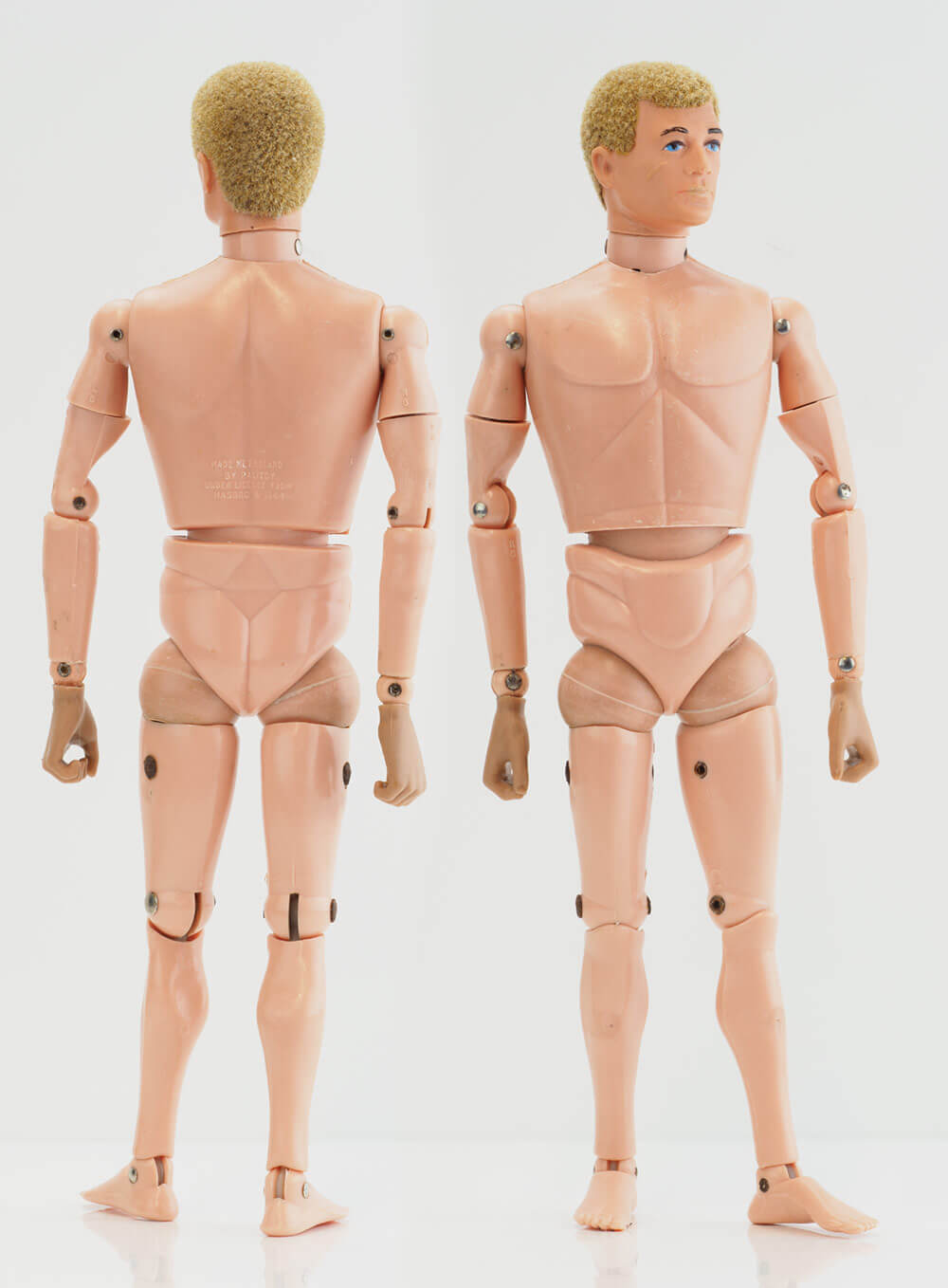 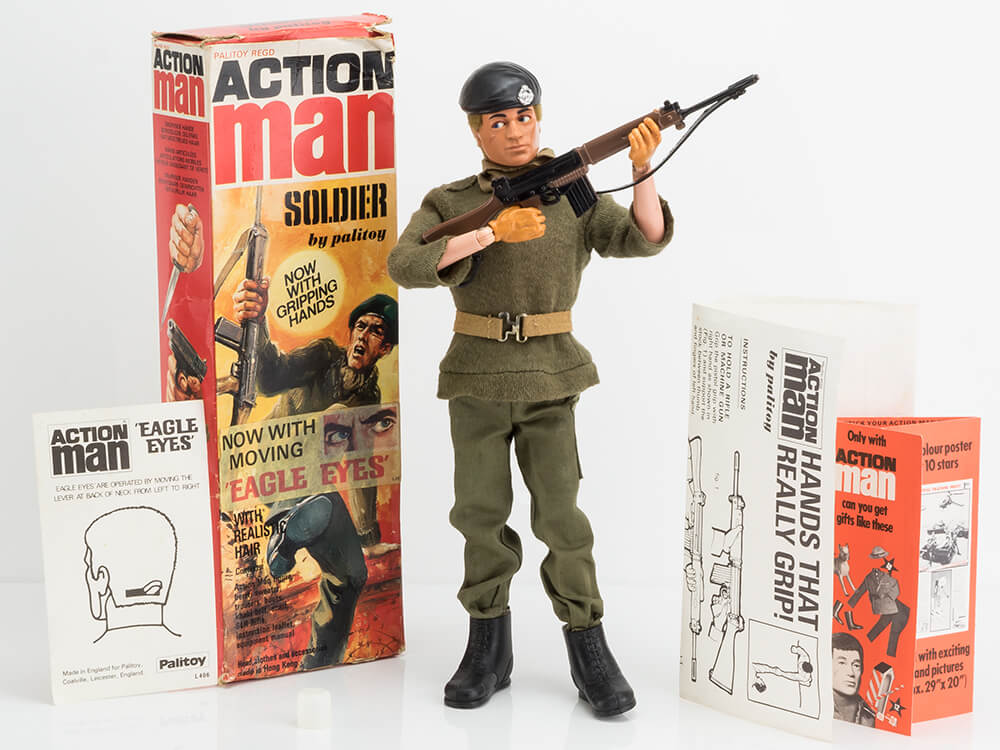 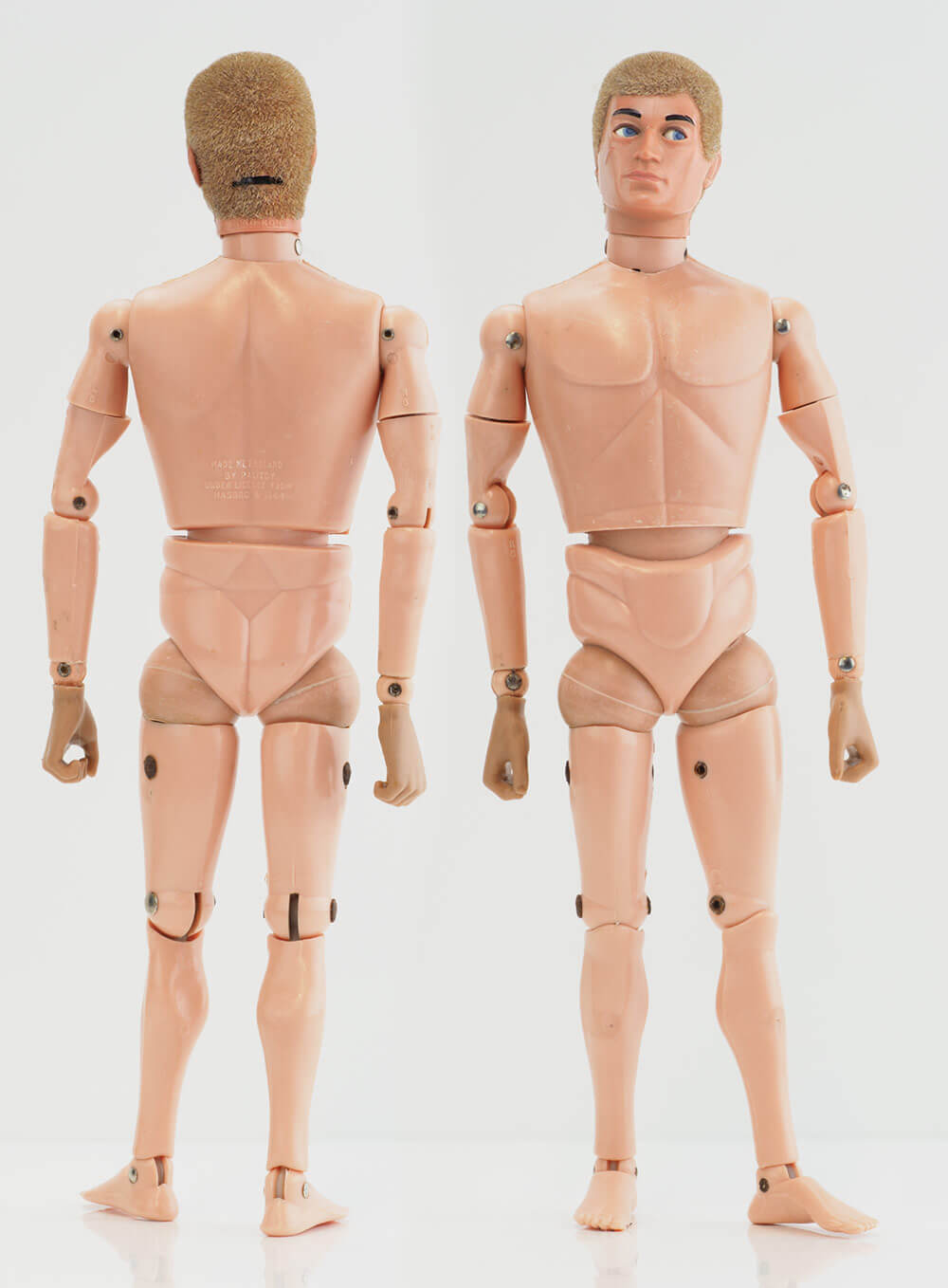 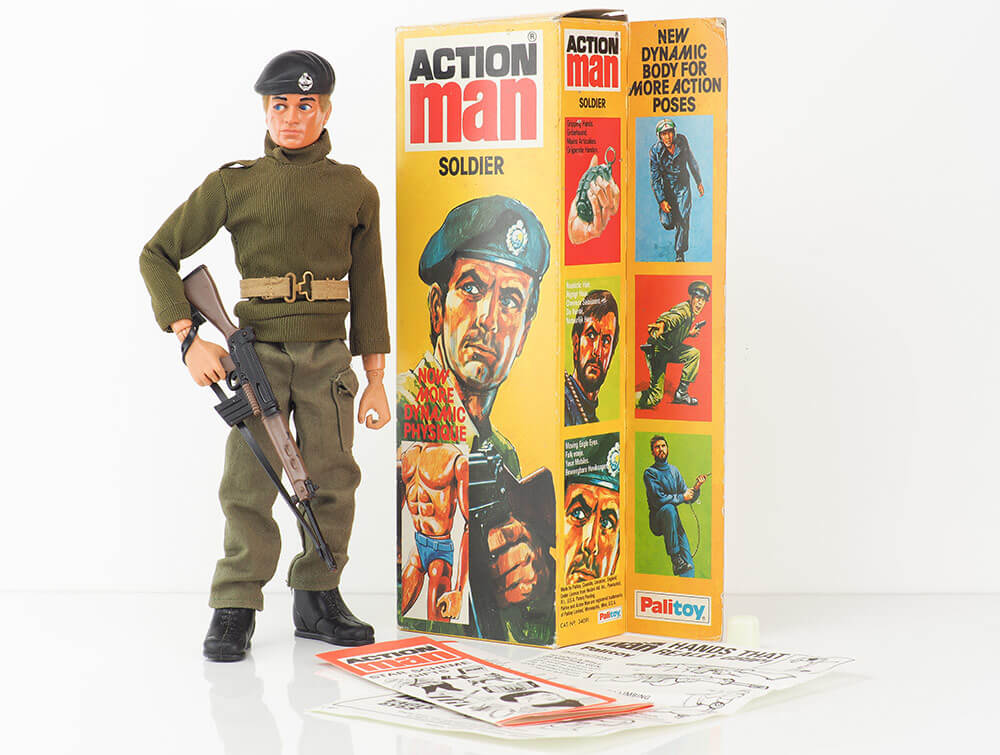 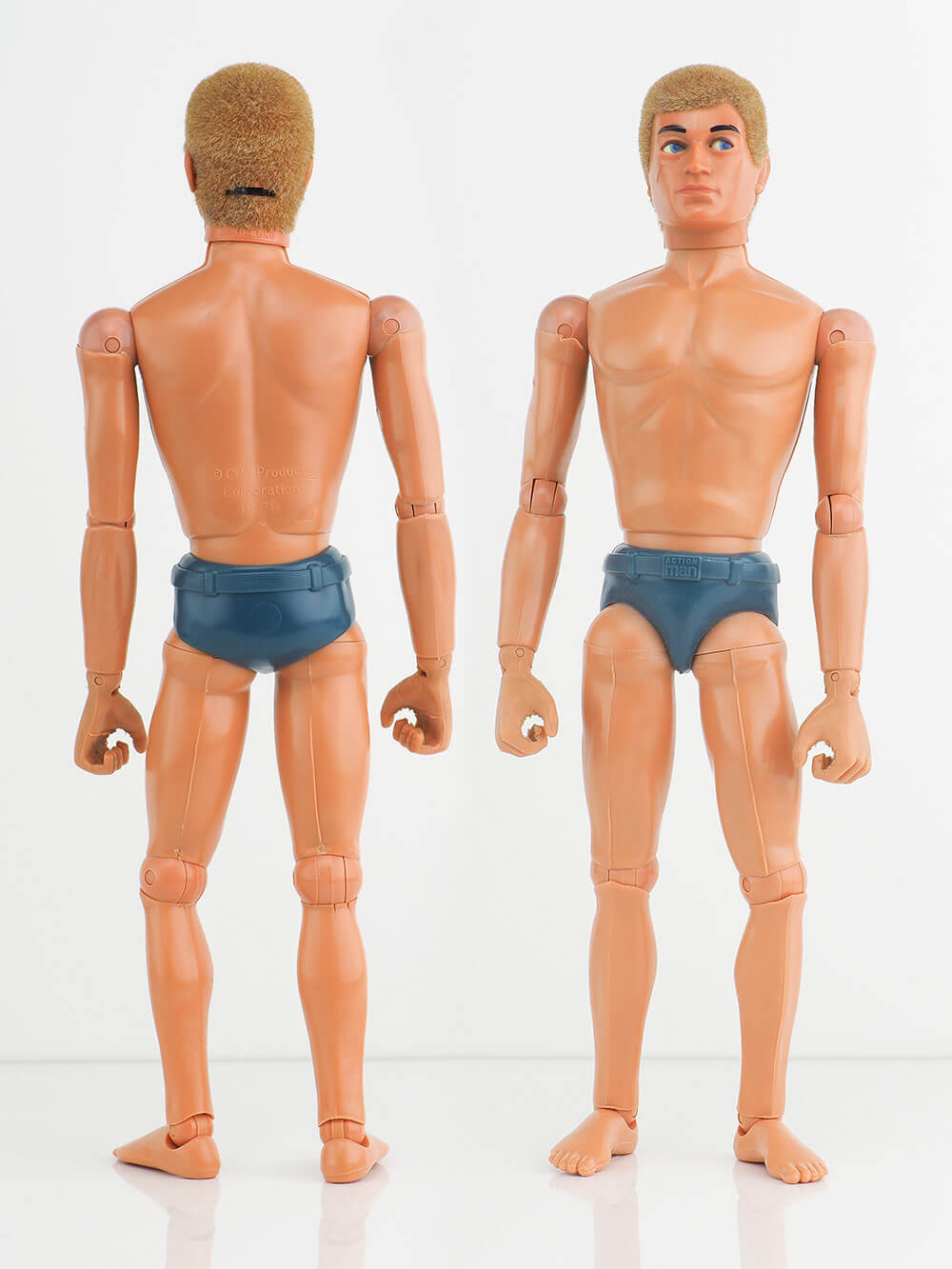 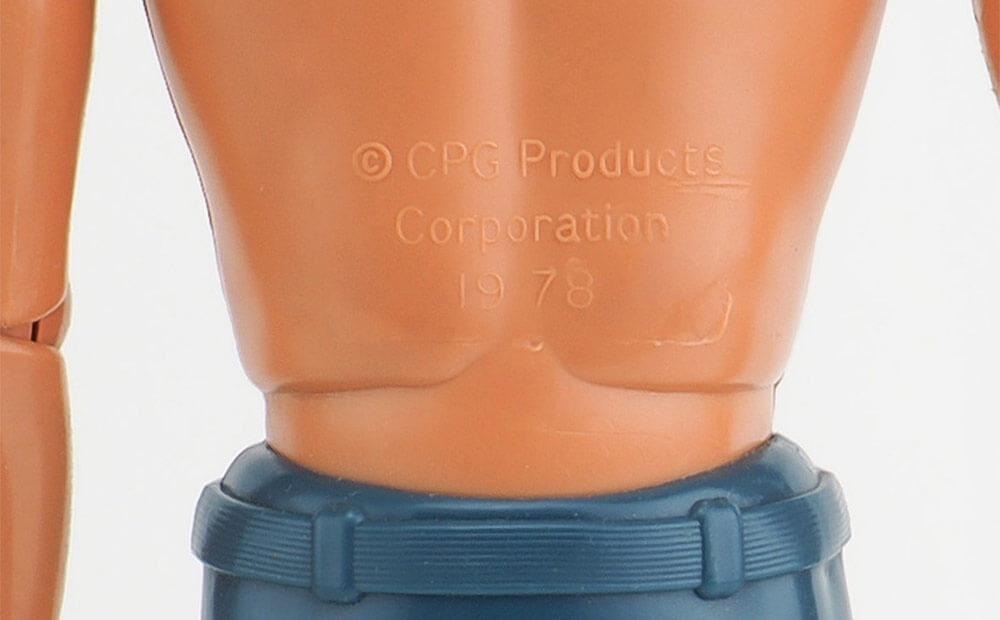 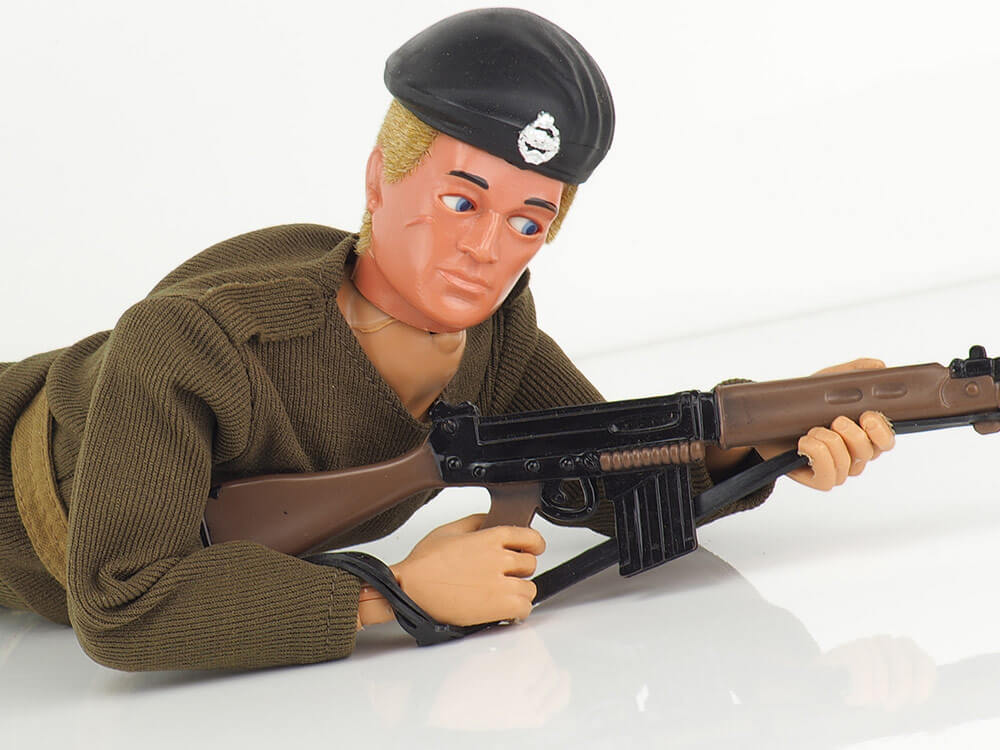 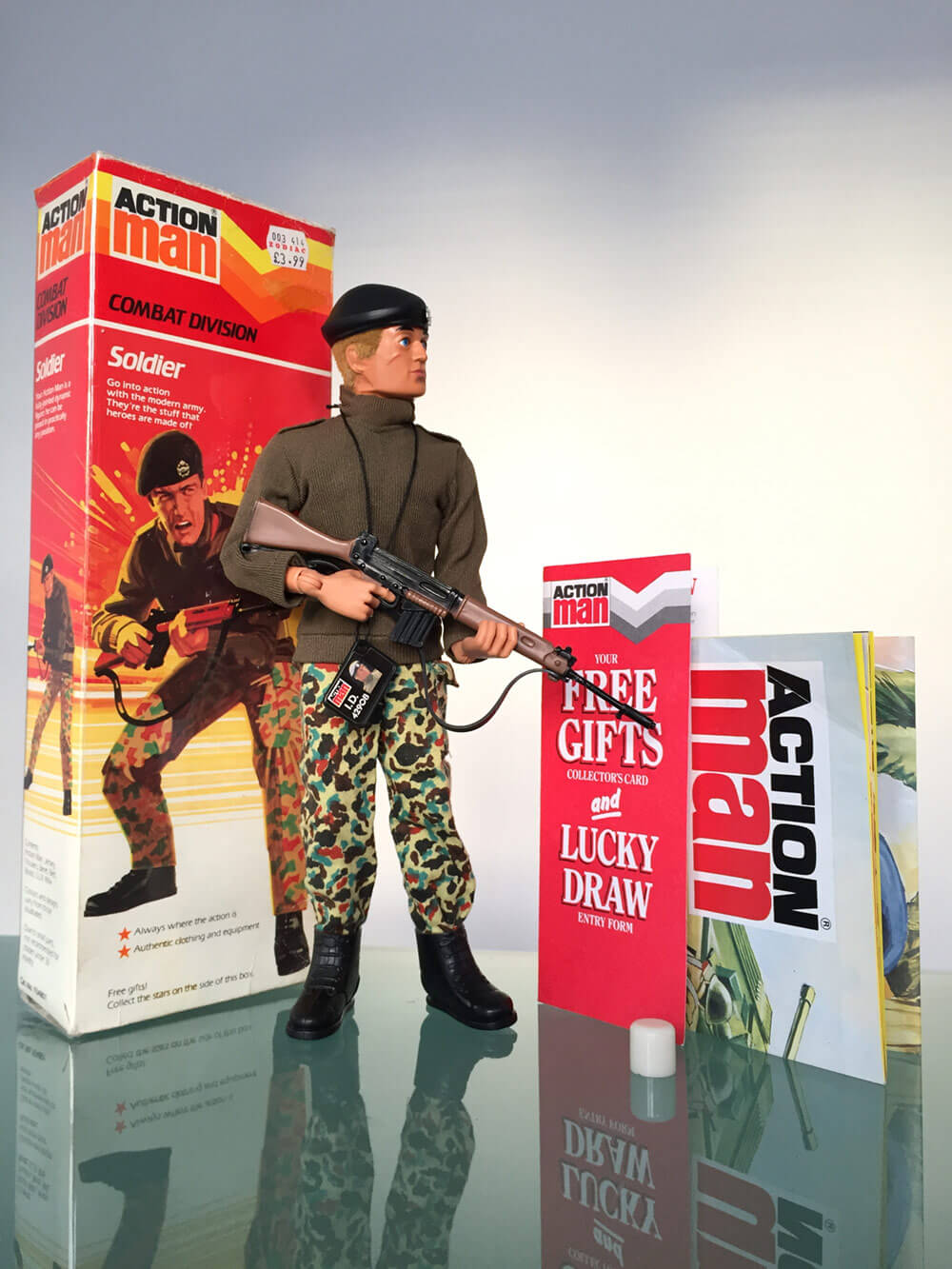